John is a 1988 graduate from the University of Minnesota College of Architecture with a Bachelors degree in Architecture.

After interning for 5 years at a larger, local firm, designing several freelance projects, and a year in a small design Atelier in Paris, France, John returned to the United States in 1992 to establish JDA Design Architects.

With more than 2 decades of practical experience, John brings an intuitive vision to the design process. Though primarily a residential design office, JDA Design also is experienced in retail, multifamily, and hospitality building types.

John’s role as the founding principal stretches many boundaries. An honest believer in the collaborative design process, he takes on many roles from business development, schematic design, contract documents & construction administration.

John’s work & that of JDA Design Architects has been published on numerous occasions, including Midwest Home & Garden, the Star Tribune, Wood Home Magazine, and Perspectives on Design by Panache Publishing

Originally from Baltimore, Maryland, John is returning to the places he remembers well. JDA Design opened a satellite office along the shores of Deep Creek Lake, in western Maryland in the fall of 2004. Recently completed projects include The Silver Tree Suites, and the award winning Silver Ridge Development

John is certified by the National Council of Architectural Registration Boards (NCARB), and is licensed in 3 states including Minnesota & Maryland 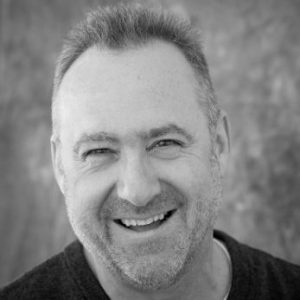 “I hate vacations. If you can build buildings, why sit on the beach?”  – Philip Johnson

“A great building must begin with the immeasurable, must go through measurable means when it is being designed, and in the end must be unmeasured.” ― Louis I. Kahn

“They can do without architecture who have no olives nor wines in the cellar” ― Henry David Thoreau, Walden and Civil Disobedience

“A house can have integrity, just like a person,’ said Roark, ‘and just as seldom.” ― Ayn Rand, The Fountainhead

“A truly great book should be read in youth, again in maturity and once more in old age, as a fine building should be seen by morning light, at noon and by moonlight.”

” Wow John, what an awesome book,.so many uniquely designed Minnesota homes and ours is included because of your inspired work.”

“….Working with John during the design process was an exciting experience. He listened thoughtfully & respectfully to our ideas….this gave us great peace of mind.”

” The home should be the treasure chest of living.”

Baseball is the only field of endeavor where a man can succeed three times out of ten and be considered a good performer.

IF YOU MAKE EVERYTHING BOLD, NOTHING IS BOLD.